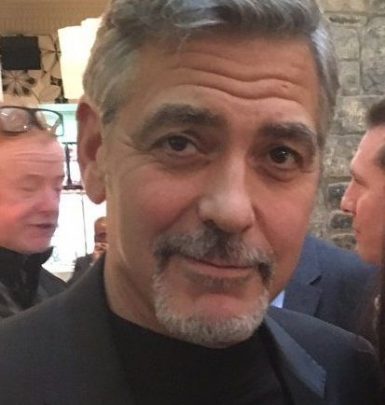 Amal Clooney (nee Alamuddin) is among the most famed human rights lawyers. She is also a spouse of Hollywood star George Clooney.

Amal drew her first breath in Beirut, Lebanon, but relocated to the UK being a toddler. Her father Ramzi is a Lebanese Druze while her mother Bariaa is a political journalist. The lawyer’s sister Tala Alamuddin is a designer of accessories. Amal often uses accessories made by her sibling, including a clutch that matches her look at Meghan Markle and Prince Harry’s wedding. Besides, she has two paternal half-brothers.

Amal Clooney is a well-educated woman. Being fluent in Arabic, English and French, she earned a bachelor’s degree in jurisprudence at Oxford and continued education at the New York University. Today, Clooney works in the USA and the UK along with practicing at the Hague’s international courts.

Additionally, Amal delivered lectures at Columbia’s Law School and initiated the Amal Clooney Scholarship, which gives a female student from Lebanon to study at United World College in Armenia. She is also engaged in various charities and runs the Clooney Foundation for Justice.

Amal and George Clooney were introduced to each other in 2013 by a mutual friend who visited the celebrity’s Lake Como home with Alamuddin. Though Clooney was a confirmed bachelor for years, he popped the question in April 2014 over a romantic home-cooked dinner. The lovebirds tied knots on September 27, 2014, in Venice. In 2017, the spouses became parents to twins, son Alexander and daughter Ella.

George shares that Amal is one of the smartest people he has ever met who also has an amazing sense of humor. Being madly in love with her, he states that he has never cared about anyone so much before.