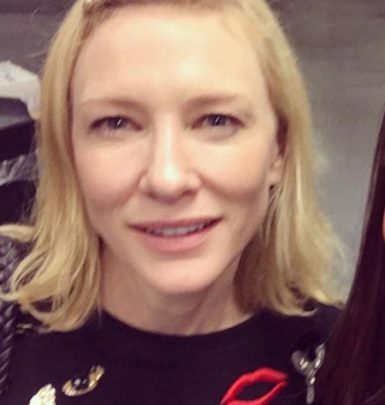 Andrew Upton deals with writing plays, screenwriting plus directing. He is also famed for being a spouse of two-time Oscar winner Cate Blanchett.

Upton works primarily for The Sydney Theatre Company, being its CEO plus artistic director from 2008 to 2013 together with Blanchett. He is known for creation of adaptations for The Cherry Orchard, The Maids and Platonov plays. Moreover, Andrew was the playwright for The Philistines for London’s Royal National Theatre. In 2007, he wrote his own play Riflemind.

Together with his wife, Andrew Upton established Dirty Films production company. Actually, the spouses often work together. For instance, Cate starred in Bangers segment of Stories of Lost Souls, which Andrew wrote and directed, as well as played in Little Fish and Carol, the movies he produced. Additionally, Upton wrote a screenplay for Gone film.

Cate and Andrew got acquainted on a movie set in 1996 but initially, they didn’t like each other as he considered her to be aloof while she was sure that he was arrogant. Soon, they took part in a poker game at a party and the chemistry arose between them. Upton proposed after only 3 weeks of dating and they tied knots on December 29, 1997. In 2001, Blanchett gave birth to their firstborn, son Dashiell. He was followed by brothers Roman and Ignatius, who were born in 2004 and 2008 respectively. In 2015, the couple adopted a girl named Edith.

Blanchett reveals that honesty is one of the most important things for any marriage and she is grateful that can discuss everything with Andrew without being judged. Moreover, she tells that her spouse helps her to stay down-to-earth.

A curious fact: Andrew has a thing for Cate’s ears. Once, he was even presented the prosthetic elf ears she wore while playing in the Hobbit trilogy. Moreover, Blanchett reportedly kept her elf ears from The Lord of the Rings and got them bronzed.