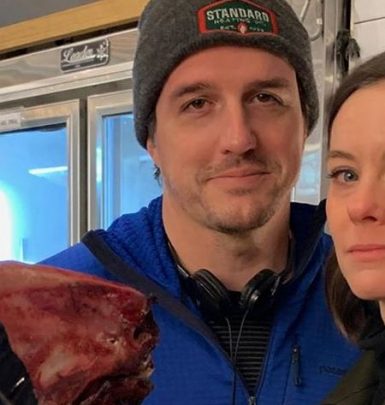 Ashley Williams is a movie and television actress. Hailing from Rye, New York, she was raised by fundraiser mother Linda and freelance writer father Gurney. Her sister Kimberly is famed for starring in Father of the Bride movie while her brother Jay is an owner of a honey farm.

Ashley studied theater at the Boston University College of Fine Arts and in 1993, she made a professional debut in Indian Summer film alongside her sister. In 1994, she first appeared on TV in the As the World Turns series. However, Williams gained popularity in the early 2000s after starring in Good Morning, Miami!. Afterwards, she embarked on roles in E-Ring, Huff, How I Met Your Mother, Side Order of Life, Saving Grace plus The Jim Gaffigan Show.

Besides, Ashley Williams played in many Hallmark movies, including October Kiss and Holiday Heart, along with appearing on the big screen in Margin Call, Something Borrowed, Christmas in the City, Lovesick plus Six LA Love Stories. In 2013, the performer made a Broadway debut in A Time to Kill.

Williams also loves working behind the camera. For instance, she wrote and directed Meats short film along with being a writer and producer of Stud Bob.

On May 29, 2011, Ashley got hitched to movie producer Neal Dodson. In 2014, they welcomed their firstborn, son Gus. In 2016, the woman suffered a miscarriage and talked about the loss publicly. Fortunately, in 2017, she gave birth to her younger son named Odie.

A curious fact: Ashley is a certified birth doula. She helped other women to deliver babies but later retired.