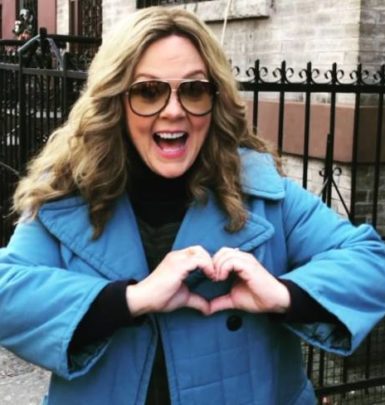 Benjamin Scott Falcone deals with acting and filmmaking. He is famed for playing in What to Expect When You’re Expecting, Enough Said movies and Joey television series. He also had small parts in Bridesmaids, Identity Thief and Tammy movies alongside his spouse Melissa McCarthy.

In 2014, Falcone made a directorial debut in Tammy and proceeded with filming The Boss and Life of the Party starring McCarthy. In 2019, he co-wrote and directed Super Intelligence film. Additionally, he and Melissa were executive producers of Nobodies television series.

Moreover, Ben is an author of book Being a Dad Is Weird: Lessons in Fatherhood from My Family to Yours, released in 2017.

Ben Falcone got acquainted with Melissa McCarthy in 1998 when both of them were members of The Groundlings troupe. It was love at first sight and it was then, when the couple understood that they loved working together. Having dated for 7 years, Melissa and Ben tied knots on October 8, 2005. Soon, they welcomed daughters Vivian and Georgette.

Falcone and McCarthy are the biggest fans of each other. Melissa claims that her husband is funnier and smarter while he states that she is the fun one. Actually, the couple has a great sense of humor and often posts funny photos and videos on social media. Moreover, they impressed everyone by appearing at the 2019 Oscar afterparty in matching Adidas tracksuits.

In 2019, on Ben’s birthday, his spouse presented a painting of them two as sad clowns. That gift was rather weird and really scared their daughters.

A curious fact: Ben gets his inspiration from listening to music. Also, he adores grilling steaks and fish.