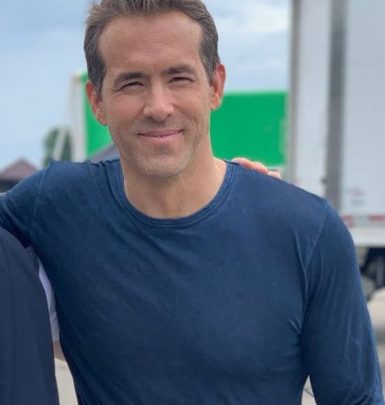 Blake Lively is a member of a pretty creative family, almost all members of which are involved into the show business. While her mom Elaine used to be a talent scout, her dad Ernie, brothers Eric and Jason as well as sisters Lori and Robyn were or are currently engaged into acting. That’s why Blake’s choice of a profession isn’t surprising at all.

Lively gained her debut role in 1998 movie Sandman and gained wider recognition in 2005 after playing in The Sisterhood of the Traveling Pants. However, the real fame came to her after starring in Gossip Girl television series. The performer’s other memorable movie credits include Green Lantern, Savages, The Age of Adaline, The Shallows and A Simple Favor.

Blake Lively regularly appears on the magazine covers and has some endorsement deals. Thus, she is the face of Gucci Premiere fragrance along with advertising L’Oreal brand. The celebrity also adores cooking and regularly develops her skills by taking classes from the world’s best chefs. Her other hobby is interior design.

Additionally, Lively frequently donates money to various charitable foundations. For instance, she is a supporter of Child Rescue Coalition, which deals with protecting children from sexual abuse with the help of building technology for law enforcement.

In 2007-2010, Blake was romantically linked to her Gossip Girl co-star Penn Badgley. She got acquainted with Ryan Reynolds in 2010 on the set of Green Lantern but the chemistry between them arose in about a year. They tied knots in 2012. In 2014 and 2016, they welcomed daughters James and Inez. In 2019, their family expanded by one more baby girl, whose name remains a secret.

A curious fact: taking part in game Fact or Fiction with Michael Kors, Blake Lively revealed that her first kiss happened on a movie set when she was 16. She shared that she was terrified at that moment.