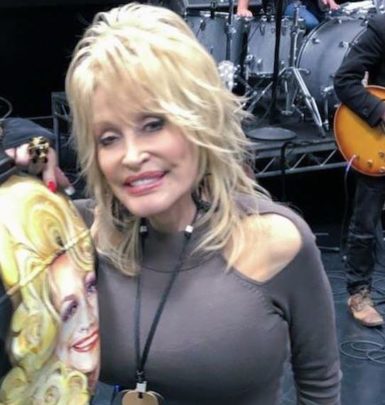 Carl Thomas Dean is a retired entrepreneur who used to run an asphalt-laying business. However, he is more famed for being a spouse of Dolly Parton.

Carl and Dolly got acquainted at a laundry in 1964 when the future legend was 18. Parton was surprised that the man stared directly at her eyes while they were talking as it was an uncommon thing for her. At the same time, Dean already knew that he would espouse that attractive girl. Dolly shared that they didn’t go to a lavish restaurant but spent time with eating food from McDonald’s while having their first date.

The sweethearts tied knots on May 30, 1966, at a little Baptist church in Georgia. They had to elope as Dolly’s recording contact demanded her to stay unmarried. However, the spouses renewed vows in 2016 at the 50th golden jubilee. The couple wasn’t blessed with children. However, Dean helped his stellar wife to take care of her youngest siblings. Additionally, the spouses dedicate much time to charity and support various foundations.

It’s evident that Carl and Dolly are committed to each other and their hearts are full of love. Sometimes, Dean surprises his wife with writing poems for her. In her turn, Dolly dedicated her ode From Here to the Moon and Back to him as well as wrote album Pure & Simple about their relationship. Though Carl prefers to stay away from limelight and rarely appears on public, he appeared in documentaries about Parton.

A curious fact: though Carl is very proud of his wife’s accomplishments, he isn’t a fan of her music. So, you can barely meet him at Dolly’s concerts. The singer even told that her spouse was present at her concert only once. Actually, Dean prefers hard rock and bluegrass music.