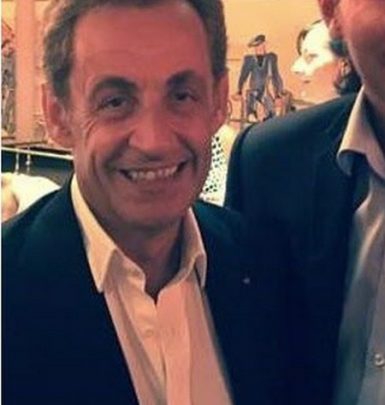 Carla Bruni used to be a model before opting for a music path. She is also famed for being a spouse of former French president Nicolas Sarkozy.

Carla got engaged into modeling at 19 and was soon chosen for Guess? jeans campaign. She later collaborated with many other famed brands like Christian Dior, Karl Lagerfeld, Givenchy, Chanel and Paco Rabanne.

In 1997, Bruni quit modeling to proceed with singing career. In 2002, she presented her first album, some singles from which were used for Conversations with Other Women plus (500) Days of Summer movies. To date, she has recorded 5 studio albums. Moreover, Carla contributed lyrics for Longtemps album by Louis Bertignac. In 2011, she obtained a small part in the movie Midnight in Paris.

During her modeling years, Carla Bruni was romantically linked to Eric Clapton and Mick Jagger. She got acquainted with Nicolas Sarkozy in late 2007 at a dinner and he popped the question on the same day. They tied knots on February 2, 2008. Prior to her marriage, the woman had an Italian passport but gained French citizenship soon after the nuptials. On October 19, 2011, Nicolas and Carla’s daughter Giulia drew her first breath. Moreover, Bruni has son Aurelien born in 2001. His father is Raphael Enthoven, a philosophy professor and TV presenter.

During the Sarkozy’s presidential service, Bruni accompanied her spouse on various trips and dedicated much time to philanthropy. In 2009, she established Carla Bruni-Sarkozy Foundation aspiring to grant access to culture and education to everyone. By the way, Carla told that Nicolas saved her from being an alcoholic. She loves drinking wine and champagne but as her spouse doesn’t drink, she never opens a bottle for her.

A curious fact: in 2008, Carla’s nude photo taken during her modeling career was sold for $91,000 at auction and caused great resonance in the media.