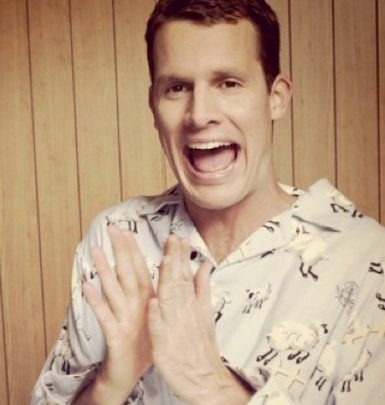 Carly Hallam reached fame thanks to her writing talent as well as for being a spouse of comedian Daniel Tosh.

Having got a degree in English at Florida State University, Carly got her first television job as a post-production assistant for an episode of Men of a Certain Age series. Soon, she got a chance to demonstrate her skills in the Tosh.0 project and proceeded with writing for Brooklyn Nine-Nine series. Besides, the woman co-authored a screenplay for documentary And Two If by Sea: The Hobgood Brothers in 2019.

Apart from television writing, Hallam provided content for some websites, including McSweeney’s, and tried her hand at acting. Thus, she appeared in some episodes of Tosh.0 and New Low film.

Carly and Daniel, who is ten years her senior, first met in 2010. After working together for some time, they understood that they couldn’t resist the feelings they had to each other and started dating. However, the lovebirds preferred to keep their relationship away from the public eye.

On April 15, 2016, Hallam and Tosh tied knots at a low-key ceremony in Malibu. The wedding was so secret that the news about it appeared only in 2018. At the moment, the spouses don’t have any kids.

By the way, like her husband, Carly has a great sense of humor. For instance, if to have a look at her Twitter, you will have fun by reading her posts full of witty humor.