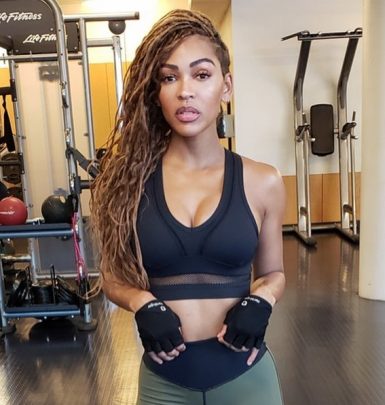 DeVon Franklin is a senior vice president of production at Columbia Pictures along with being a president and CEO of Franklin Entertainment. He is also famed for being a spouse of actress Meagan Good.

Prior to joining Columbia, Franklin worked for Metro-Goldwyn-Mayer and Sony Pictures. He was a producer of The Karate Kid, Not Easily Broken, Be Cool, Beauty Shop, Miracles from Heaven and Heaven Is for Real movies.

Moreover, DeVon has been dealing with preaching since 15 and is an ordained minister. Actually, he is a very religious person who doesn’t use tech gadgets on weekends to dedicate time to his spiritual growth.

Additionally, DeVon Franklin wrote three books: Produced by Faith, The Hollywood Commandments plus The Truth About Men. Together with his wife, he also published The Wait book.

DeVon and his future spouse first met in 2007 when Meagan worked on her first project as a producer and he helped her with it. They were friends since then but in 2011, the romantic feelings arose between them when they met once again on the set of Jumping the Broom. Good revealed that was the moment she understood that Franklin was the man she wanted to marry.

The couple decided to abstain from having sex until they were married and revealed that such a decision strengthened their relationship. The wedding took place on June 16, 2012, in Malibu. DeVon and Meagan are very supportive of each other. Moreover, the actress tells that she is happy that her spouse isn’t looking to change her in marriage.

A curious fact: at the dawn of his career, Franklin was an intern of Will Smith and collaborated with him on Hancock, The Pursuit of Happyness plus Annie movies.