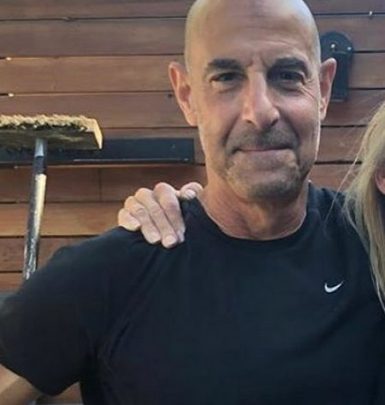 Felicity Blunt is a literary agent at English publishing house Curtis Brown who is also famed as a sister of Emily Blunt and spouse of Stanley Tucci.

As a talent manager she worked with such authors as Rosamund Lupton, Tamar Cohen, Renée Knight and Jessica Cornwell. Blunt admits that she loves working with debutantes and watching their progress.

Felicity was introduced to Stanley Tucci in 2010 at the wedding of her sister Emily and John Krasinski. Stanley and Emily starred together in The Devil Wears Prada and befriended while filming. Tucci started relationship with Felicity two years after his first wife passed away and when his house was still full of her photos. The actor shared that he felt very guilty at the start and even couldn’t take Felicity on vacation.

Tucci popped the question in 2011 and the couple tied knots at a civil ceremony on August 4, 2012. However, they threw a wedding party on September 29, attended by Steve Buscemi, Oliver Platt, Julianne Moore and Meryl Streep. In 2015, the spouses welcomed son Matteo and in 2018, their daughter Emilia drew her first breath. Moreover, Felicity is a stepmom to Tucci’s children from previous marriage: Isabel, Nicolo and Camilla.

Both Stanley and Felicity are big foodies. They even wrote a cookbook together called The Tucci Table. By the way, in order to be next to his sweetheart, Tucci left New York and settled in London.

A curious fact: Felicity is a fan of Veronica Mars television series.