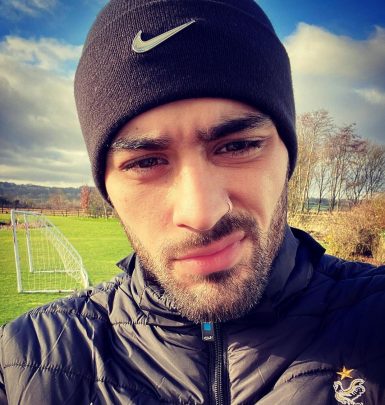 Gigi and Zayn are expecting their first child together
-

Jelena Hadid, who prefers to be called Gigi, is currently one of the most famed and in-demand personalities in the modeling world. Being a baby, she started advertising Baby Guess brand but took a break to get an education. Hadid went back to modeling in 2011 and immediately was chosen for a Guess ad.

In 2014, Gigi debuted at New York Fashion Week collaborating with Desigual. Since then, she has signed a great number of lucrative contracts. She modeled for Tom Ford, Marc Jacobs, Michael Kors, Chanel, Victoria’s Secret, Versace and Tommy Hilfiger. She even collaborated on clothes design with the latter.

Moreover, Gigi Hadid is a Maybelline ambassador, face of Max Mara accessories, Stuart Weitzman and DSQUARED brands. In 2016, she hosted American Music Awards and in 2018, she designed a sneakers collection with Reebok.

Gigi also appeared at The Real Housewives of Hollywood show along with many music videos, including Taylor Swift’s Bad Blood plus Calvin Harris&Disciplines’ How Deep Is Your Love. Like many other celebrities, Hadid dedicates much time to charity and works closely with UNICEF.

In 2013-2015, Gigi was romantically linked to music star Cody Simpson. In 2015, she started relationship with Zayn Malik and was in his music clip Pillowtalk. Together, they posed for the Vogue cover and took part in a Versus campaign. Gigi and Zayn called it quits in 2018. They later reconciled and have a on and off relations till April 2020 when it was announced that Gigi is 20 weeks pregnant and Zayn is the father.

A curious fact: Gigi played volleyball in youth. However, her mom considered it to be a too masculine sport and didn’t like that Gigi wore baggy basketball clothes. Yolanda shared that she even thought that her firstborn was a lesbian.