He also has 2 half-siblings from father side 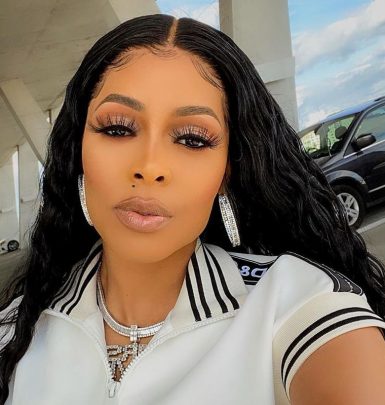 Radric Delantic Davis, who uses stage name Gucci Mane, is famed for his rapping skills and being a 2020 Grammy nominee. He started to rap when he was 14 years old and presented his debut album titled Trap House in 2005. It was followed by 15 more studio albums, comprising gold-certified The State vs. Radric Davis and Mr. Davis. Mane also collaborated with various artists, including Drake, Selena Gomez, Mariah Carey and The Black Eyed Peas.

Gucci Mane also deals with acting. He debuted on the big screen in the 2012 movie Birds of a Feather. Later that year, he played in Spring Breakers. In 2016, the music artist launched his own clothing line Delantic and in 2017, he presented his memoir. Moreover, he was chosen as the face for Gucci Cruise 2020 Campaign.

Mane was imprisoned several times. In youth, he sold drugs and that led him to serving 90 days in prison in 2001. His latest imprisonment happened in 2014 after he was charged with possession of a firearm and had to spend 2 years in jail.

In 2010, Gucci noticed businesswoman Keyshia Ka’oir in XXL’s Eye Candy of the Month and asked her to star in his music video 911 Emergency. On the set, romantic feelings emerged between them and the rest was history. In 2016, Mane proposed to his sweetheart at an Atlanta Hawks game with a 25-carat diamond ring and tied knots with her on October 17, 2017, with their nuptials being broadcast on reality show Gucci Mane and Keyshia Ka’Oir: The Mane Event on BET Networks. Later, the spouses revealed that they actually got hitched earlier, on May 14, 2017.

Gucci Mane names Keyshia as his first real love as well as the first woman he has ever wanted to bring to a red carpet and let the world know this is his lady.

A curious fact: in 2016, the rapper discovered that he had a son, who drew his first breath back in 2007 and suffered from severe autism. In 2019, Mane agreed to pay $10,000 monthly in child support to the boy’s mom, Sheena Evans.