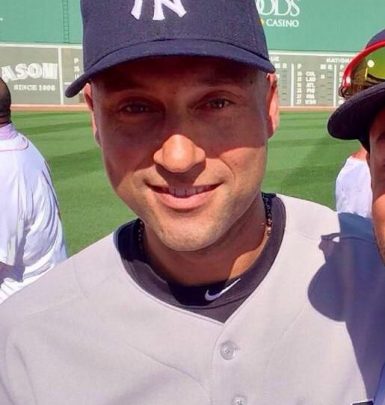 Hannah Jeter (nee Davis) is a model and a spouse of baseball legend Derek Jeter. Hailing from Virgin Islands, she was raised by parents Debi and Conn alongside brother Conn Jr. and sister Rachel.

In childhood, Hannah was a competitive tennis player and even won some tournaments. Being a teenager, she got involved into modeling to pay for her tennis lessons. Though she initially didn’t take modeling seriously, she soon gained popularity and appeared on the covers of various magazines, including Elle, FHM and GQ. Moreover, this sexy lady appeared in five editions of Sports Illustrated and made a cover for it in 2015.

Hannah Davis collaborated with Tommy Hilfiger, Levi’s, Victoria’s Secret and Ralph Lauren brands. Moreover, she was the face of the latter’s fragrance Ralph Rocks. Additionally, Hannah tried her hand at acting in Vacation movie and Rush TV series along with hosting Project Runway: Junior in 2015.

Hannah and Derek Jeter were introduced to each other by a mutual friend in 2012. The girl paid no attention to the man’s celebrity status and enjoyed spending time with him despite their 16-year age gap. The lovebirds got engaged in 2015 and tied knots on July 9, 2016, in Napa Valley, California. After the nuptials, Davis changed her professional name to Jeter.

In 2017, the spouses were blessed with daughter Bella. And in 2019, their younger daughter named Story became the newest addition to the family.