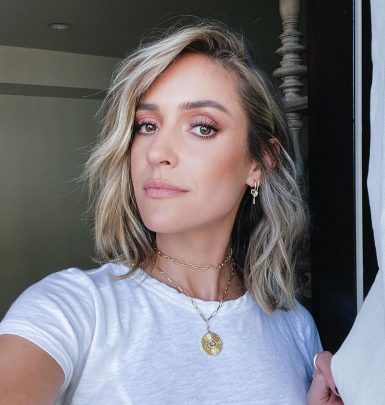 Jay Christopher Cutler is a former NFL star. Hailing from Santa Claus, Indiana, he showed great skills in baseball, basketball and football at school. Having opted for the latter, Jay represented the team of Nashville’s Vanderbilt University, where he studied human and organizational development. In his last season, he was called Offensive Player of the Year and got to the First-team All-SEC along with being a nominee for various trophies.

Cutler went professional in 2006 after being selected by Denver Broncos and in 2008, he appeared at Pro-Bowl. In 2009, he joined the Chicago Bears and proceeded to break some franchise records. In 2017, Jay took a break from sports and had a brief career as a sportscaster. But later that year, he returned to the field to spend his last NFL season with Miami Dolphins.

Additionally, Jay Cutler is a philanthropist who runs a foundation that deals with improving the quality of life of underprivileged children and kids suffering from diabetes. By the way, the athlete has type 1 diabetes that requires daily insulin injections.

On June 7, 2013, Jay tied knots with reality star Kristin Cavallari. At that time, they were already parents of one-year-old son Camden. In 2014, the spouses were blessed with another son, Jaxon, and in 2015, a baby girl named Saylor became the newest addition to the family. However, the sad news broke in April 2020 as Jay and Kristin announced their separation.

A curious fact: Jay’s cartoon version was featured in an episode of South Park and the athlete admitted that it was cool and funny.