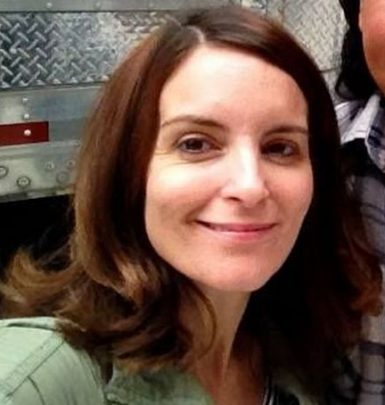 Jeff Richmond is famed for his great music composing skills as well as for being a spouse of Tina Fey. He started his career with Child’s Play Touring Theatre and The Second City improvisational troupe. In late 1990s-early 2000s, he was a music director of Saturday Night Live.

However, Richmond gained wider recognition for collaboration with Tina on a number of projects. Thus, he wrote music to her creations 30 Rock and Unbreakable Kimmy Schmidt along with movie Baby Mama and Broadway musical Mean Girls.

Jeff also tried his hand at acting by appearing in 30 Rock as well as directed and produced several episodes of his spouse’s most famous television series. Moreover, he served as a producer of Sisters and Whiskey Tango Foxtrot. Richmond even gained 3 Primetime Emmys and 3 Producers Guild of America Awards.

Jeff Richmond got acquainted with Fey in 1993 at the Del Close’s ImprovOlympic Theater, where he was a pianist. The romantic feelings arose between them in 1994 and in several years, Jeff popped the question during the couple’s vacation on Lake Michigan. Tina and Jeff tied knots on June 3, 2001. In 2005, they became parents for the first time after their daughter Alice was born. In 2011, their younger daughter Penelope Athena drew her first breath. By the way, Tina was a virgin before she met Richmond and he is still the only man she has been intimate with.

A curious fact: Jeff considers glasses to be his wife’s trademark and thinks that people recognize her more often if she wears them. That’s why, when the spouses go out to eat together, he begs Tina to put on her glasses to get the privileged treatment at a restaurant.