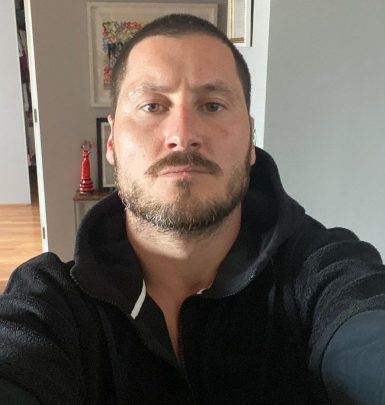 Jenna Johnson is a choreographer. Dealing with Latin and ballroom dancing, she competed professionally and gained numerous titles. For instance, she was 5- time U.S. National Latin Champion.

Jenna got into the spotlight in 2013 by participating in So You Think You Can Dance. The next year, she joined Dancing with the Stars and became the show’s contestant in 2016. In 2018, Johnson obtained the title with figure skater Adam Rippon. And in 2020, she and Catfish creator Nev Schulman were runners-up.

Jenna got romantically involved with Val Chmerkovskiy in 2015 though they made their relationship official only in 2017. In 2018, Val popped the question during their trip to Venice, Italy, and soon, the couple shared the happy news on their social media.

The lovebirds got hitched on April 13, 2019. The groom’s brother, Maksim, served as best man while People magazine got a right to publish the wedding photos.

A curious fact: Johnson isn’t the only dancer in the family. Her older sisters Stacy and Jill also deal with dancing.