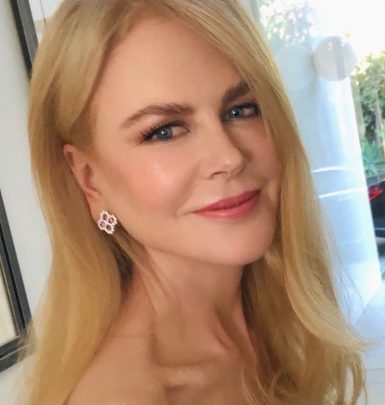 Keith Urban is a music artist and record producer who works primarily in country genre. His way to worldwide fame started in the 1980s, when he made up his mind to become a professional musician and tried his luck at New Faces talent show.

In 1991, Urban presented the eponymous debut album. Having moved to Nashville, he became a member of The Ranch band and recorded one album with them. In 1999, Keith went solo and released another album with the identical title as his first one. It reached platinum certification. To date, the artist has presented 10 studio albums, the most successful of which is 4-time platinum Be Here.

In 2011, Urban was a coach at The Voice Australia and proceeded with judging American Idol seasons 12-15. Moreover, in 2013, he presented his own signature collection of guitars and accessories.

Keith got acquainted with Nicole Kidman at G’Day LA in 2005 and on June 25, 2006, he espoused her in Sydney. They asked their guests to donate money to charity instead of buying gifts for them. After the nuptials, Nicole and Keith spent the honeymoon in French Polynesia. By the way, the Big Little Lies star revealed that she was ready to marry her sweetheart after a month of dating.

In 2008, the spouses welcomed their firstborn, daughter Sunday Rose. In 2010, their youngest daughter Faith Margaret drew her first breath. Urban and Kidman seem to be absolutely happy together and they have some secrets. For instance, they share mantra “Nothing to hide and everything to protect” as well as avoid sending text messages to each other and give preference to phone calls.

A curious fact: Keith often comes up with the ideas for his songs while taking a shower. Moreover, he says that he always writes his songs in pen and avoids using a pencil or typing the text on a computer.