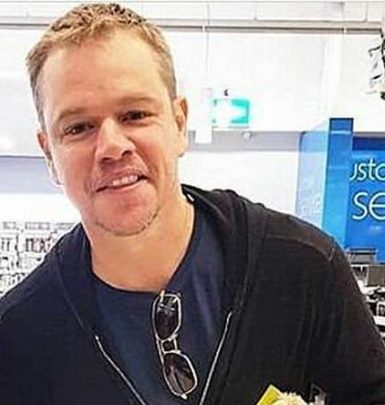 Luciana Barroso got into the spotlight thanks to her marriage to Hollywood A-lister Matt Damon. She frequently supports her spouse at movie premieres and awards ceremonies.

Hailing from Argentina, Barroso was a bartender at a Miami bar when she got acquainted with Matt while he was filming Stuck on You in April 2003. The celebrity got attracted immediately and used a chance to become closer to the girl after he was attacked by his fans asking for photos and autographs. Damon hid behind Luciana’s bar and later started to assist her in serving drinks to the bar’s clients. What’s surprising is that he was pretty good at that as he had trained as a bartender for one of his roles. Moreover, the star made great tips for his future wife.

When Luciana met Damon, she was still officially married to Arbello Barroso, a father of her firstborn, daughter Alexia. After the marriage was dissolved, she tied knots with Matt on December 9, 2005, in Manhattan. The nuptials were low-key, but the couple renewed their vows at a lavish ceremony in 2013, which was attended by Ben Affleck, Jennifer Garner, John Krasinski, Emily Blunt and Jimmy Kimmel.

In 2006, Luciana and Matt welcomed their daughter Isabella. In 2008, Gia drew her first breath while the couple’s youngest daughter Stella joined the family in 2010. By the way, Matt states that the secret of their happy marriage is that they have a rule never to spend more than two weeks without seeing each other.

A curious fact: Luciana is good friends with Chris Hemsworth’s wife Elsa Pataky and they often spend vacations together. The two even got matching tattoos.