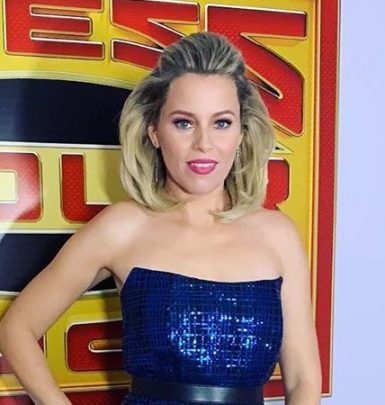 Max Handelman is most famed for dealing with movie production and for being a spouse of Elizabeth Banks. He was raised in Portland, Oregon, by Jewish parents alongside brother Zev.

In 2002, Handelman and his wife established Brownstone Productions company. Their first project was the 2009 film Surrogates. Afterwards, they worked on Pitch Perfect franchise, The Most Hated Woman in America and Charlie’s Angels movies. Additionally, Max was an executive producer of Resident Advisors and Shrill television series.

What is more, Max Handelman served as a director of the News Corporation and assisted in launching the Fox Sports fantasy football division. In 2006, he authored the Why Fantasy Football Matters: (And Our Lives Do Not) book.

Max got acquainted with Banks in 1992 while both of them studied at the University of Pennsylvania and espoused her on July 5, 2003. Because of him, the actress converted to Judaism. In 2011, the spouses welcomed their firstborn, son Felix. And in 2012, another boy named Magnus became the newest addition to the family.

Elizabeth shares that she is very proud of being married to Max for so many years and thinks that they have grown together. Moreover, they are really good partners in business as they complement each other: while Banks is a passionate artist, Max is a very even-keeled politician.

A curious fact: Max is a fan of basketball team Portland Trail Blazers.