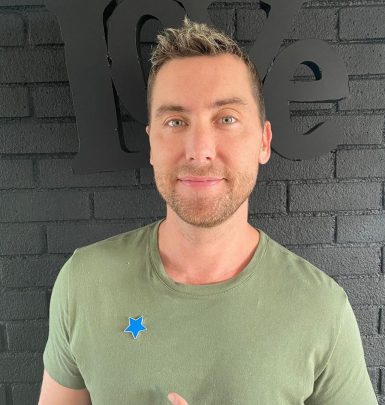 Michael Turchin is a visual artist and actor who is famed for being a spouse of NSYNC’s Lance Bass. After graduating from Georgetown University and training at Los Angeles’ Stella Adler Studio of Acting, he got his first role in the 2011 film Isolation. He proceeded with playing in First Period, Alien Abduction, White Dwarf movies plus On Hiatus with Monty Geer TV series.

As a painter, Turchin is recognized for his pop art-style portraits. Among his fans are such celebrities as Kris and Kylie Jenner, Chris Pratt, Lisa Vanderpump and many others.

Michael and Lance got romantically involved in 2011 after meeting at a friend’s birthday party. They got engaged in 2013 and tied knots on December 20, 2014. The celebration was broadcast as a television special titled Lance Loves Michael: The Lance Bass Wedding. The spouses aspire to have kids but have already passed through 9 failed attempts of surrogacy.

A curious fact: in 2017, Turchin created his own collection of handkerchiefs.