There is no info whether Mirka has siblings or not 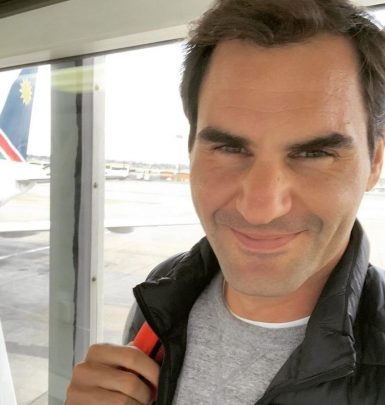 Mirka Federer was born as Miroslava Vavrincova, but later changed her last name to Vavrinec before taking her spouse’s surname Federer. Actually, her native country is Slovakia, but she relocated to Switzerland at two.

Being 9 years old, Mirka met tennis star Martina Navratilova, who inspired her to try that kind of sports and even dealt with the organization of her first training after presenting a racquet to a girl. In 2001, she got to the third round of US Open and it was her greatest Grand Slam achievement. In 2002, Vavrinec participated in Hopman Cup with Roger Federer. Nevertheless, she had to retire later that year because of a foot trauma and became Federer’s PR manager.

Mirka and Roger Federer got acquainted in 2000 when they both participated in the Olympic Games. Their first kiss also happened at the Olympics. They got hitched in Roger’s hometown Riehen, Switzerland, on April 11, 2009. The wedding was pretty low-key with only closest people present. Later that year, Mirka and Roger became parents for the first time as their twin daughters, Myla and Charlene drew their first breath. In 2014, the spouses welcomed their twin sons, Lenny and Leo.

A curious fact: Roger seems to be madly in love with his wife. In one of his interviews, he shared that he wouldn’t sleep if Mirka wasn’t beside him. He said that he’d rather sleep with children crying than apart from his wife. In her turn, Mirka is a very supportive spouse, who is almost always present at her husband’s games.