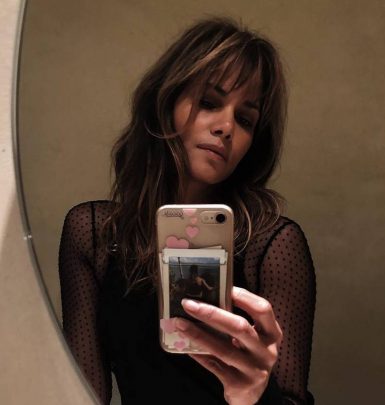 Olivier Martinez is a French-born actor who is also famed for being an ex-spouse of Halle Berry. He got engaged into acting in 1990 by appearing in television series Navarro and gained popularity in 1993 after starring in 1, 2, 3, Sun film.

In 2000, Martinez made a Hollywood debut in Before Night Falls. He later appeared in Unfaithful, The Roman Spring of Mrs. Stone, S.W.A.T., Taking Lives, Blood and Chocolate plus Dark Tide movies.

Olivier Martinez got romantically involved with Halle Berry in 2010 after meeting on the set of Dark Tide movie. Halle revealed that it wasn’t love at first sight and feelings developed gradually. Olivier popped the question in 2012 in Paris with an emerald-and-diamond ring from Gurhan. They tied knots on July 13, 2013, in France. And in October, the couple’s son Maceo-Robert drew his first breath.

However, in 2016, the marriage of Berry and Martinez was dissolved. Some sources stated that the reason was that Olivier didn’t like that his wife was the primary breadwinner. Despite their divorce, the celebrities are in good relations and co-parent their son amicably.

By the way, the man supported Berry during her custody battle over her elder daughter with Gabriel Aubry. She wanted to move to France, where Olivier resided, together with the girl, but Gabriel didn’t like that idea. The both Berry’s men even fought and were hospitalized with injuries.

However, Berry isn’t the only famed woman Martinez was romantically linked to. From 2003 to 2007, he dated Kylie Minogue. He was also reported to date Juliette Binoche, Mira Sorvino and Rosie Huntington-Whiteley.

A curious fact: being a son of a professional boxer, Olivier also tried his hand at this kind of sports in youth as a welterweight.