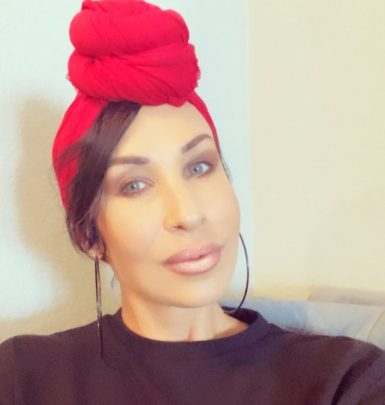 Omari Latif Hardwick is a movie and television star. He drew his first breath in Savannah, GE, in the family of lawyer Clifford Hardwick III and his spouse Joyce. He has three siblings, but only one of them is alive now. The star’s brother Malik passed away being 45 and pretty soon, his sister Jerred-Shani Wilson died at the age of 33. The reasons for their deaths aren’t revealed. Now, Omari is very close with his brother Jamil, who is a TV/movie producer and entrepreneur. They are very alike and love to visit a gym together.

In youth, Hardwick played basketball, baseball as well as football. The latter helped him to gain a scholarship at University of Georgia while he aspired to become a professional. However, after a knee injury and a failed attempt to enter the NFL, the young man concentrated on developing his performing skills.

In 2002, Omari Hardwick made an acting debut in the Circles movie and in 2004, he first appeared on TV in Sucker Free City. His popularity rose after starring in Saved, Dark Blue and Being Mary Jane TV series, but the performer became a real star thanks to his part in Power. Besides, Omari regularly appears on the big screen and among his credits are Beauty Shop, Kick-Ass, For Colored Girls plus Nobody’s Fool.

Omari got hitched to Jennifer Pfautch on May 4, 2012. Unfortunately, their first child, a son born in 2008, was stillborn. However, the spouses finally became parents several months after their wedding, when their daughter Nova drew her first breath. In 2015, a baby boy named Brave became the newest addition to the family.

A curious fact: Hardwick loves poetry and writes poems himself.