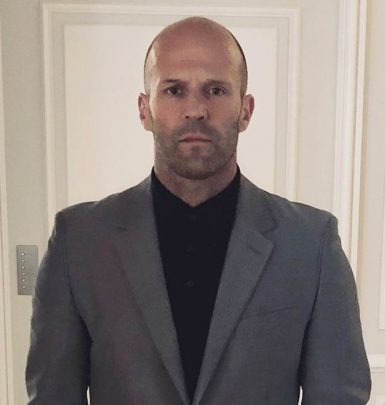 Rosie Huntington-Whiteley is most famed for her modeling work. She is the winner of 3 Elle Style Awards and Glamour Award. Hailing from Plymouth, England, she was raised by fitness trainer Fiona and chartered surveyor Charles alongside brother Toby and sister Florence.

Rosie got involved into modeling in her teenage years and gained popularity after becoming one of Victoria’s Secret Angels. She went on collaborating with other world-known brands, including Burberry, Prada, Michael Kors and Balmain, and appearing on the covers of Harper’s Bazaar, GQ, Vogue and Elle magazines. The beauty is also a face of ModelCo cosmetics.

Besides, Rosie Huntington-Whiteley tried her hand at acting in Transformers: Dark of the Moon and Mad Max: Fury Road films. In 2017, she launched a clothes line in collaboration with PAIGE brand and proceeded with creating Rose Inc beauty brand in 2018.

Rosie and Jason Statham got romantically involved after meeting at a party in London in 2009. Despite the 20-years age gap, the chemistry arose between them immediately, but the couple preferred to keep their relationship low-key for some time before making the first official appearance at 2010 Vanity Fair party. By the way, the model shared that she fell in love with Statham’s sense of humor, not his macho guy image.

In 2016, Huntington-Whiteley appeared at Golden Globes wearing an engagement ring and admitted that her beau had proposed to her. In 2017, Rosie gave birth to their firstborn, son Jack. However, the lovebirds don’t hurry to have a wedding and are currently concentrated on taking care of Jack.

A curious fact: Rosie is a country girl who was raised at a farm owned by her parents. Being surrounded with pigs, sheep and chickens, she also went hunting for pheasants and rabbits. What is more, the girl had a few toys and didn’t watch cartoons. Instead, she preferred riding a bike or a horse.