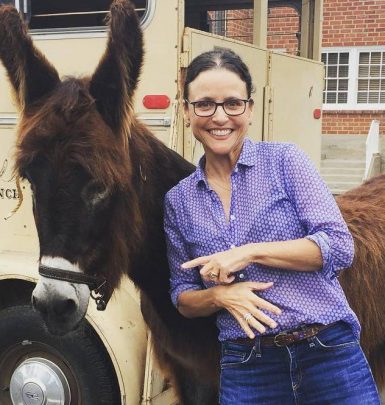 William C. Louis-Dreyfus was a successful entrepreneur and philanthropist. He was also famed for being a father of Veep star Julia Louis-Dreyfus.

Though he drew his first breath in France and was named Gerard, he moved to the United States in childhood and adopted name William to be closer to the local culture. Having got a law degree from Duke University, he started his career with working in the law sphere. But in 1965, William joined the family business established by his great-grandfather Leopold Louis-Dreyfus.

William was a chairman at Louis-Dreyfus Energy Services, a company dealing with crude-oil and gas trading. This firm is a part of Louis-Dreyfus Company.

Moreover, William C. Louis-Dreyfus was a poet and even ran Poetry Society of America for 10 years. He also collected art and accumulated a collection of over 170 artists. Additionally, the entrepreneur dedicated much time to charity.

In 1955, Louis-Dreyfus tied knots with Judith LeFever. They welcomed their firstborn, daughter Julia who is now a world-known television star, in 1961. However, their marriage was dissolved in a year. William’s second spouse was poet Phyllis Blankenship whom he espoused in 1965. They gave birth to two daughters: Phoebe and Emma. Emma passed away because of cocaine and alcohol overdose in 2018 soon after she launched her company dealing with developing property for marijuana production. Moreover, William had son Raphael Penteado, a business executive.

A curious fact: William’s daughter Julia honored him while receiving an Emmy award soon after his death in September 2016. She was happy that her father liked Veep as his opinion was really important for her.