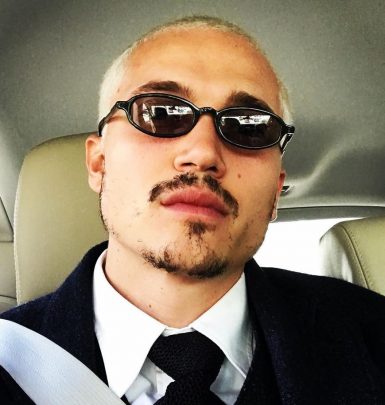 Zoe Isabella Kravitz is a daughter of rocker Lenny Kravitz and actress Lisa Bonet. Being brought up in the artistic surroundings, the girl decided to follow in her parents’ footsteps and got involved into the entertainment industry.

In 2007, Zoe made a professional acting debut in No Reservations film. She is famed for having parts in Yelling to the Sky, X-Men: First Class, After Earth, Divergent and its sequels, Good Kill, Vincent N Roxxy, Gemini, Rough Night plus Kin movies. Moreover, the performer played in Californication and Big Little Lies series.

Having inherited her dad’s music talent, Zoe Kravitz formed Elevator Fight band in 2009 and later, she was the founder of Lolawolf band named after her younger half-siblings. In 2014, Zoe Kravitz and her band presented debut album titled Calm Down. They also recorded two EPs: Lolawolf and Everyfuckinday.

Moreover, Zoe did some modeling. She was the face of Princess and Preppy Princess fragrances by Vera Wang. In 2013, Kravitz collaborated with Swarovski brand for the creation of their jewelry line. Also, she participated in the advertisement campaign of Tiffany & Co. In November 2018, Zoe posed nude for the Rolling Stone cover trying to recreate her mother’s shot for May 1988 cover.

In 2016, Zoe got romantically involved with actor Karl Glusman after they were introduced to each other by mutual friends. The young man popped the question in 2018 and on June 29, 2019, the lovebirds tied knots at Zoe’s father’s villa in Paris, France.

A curious fact: Lenny Kravitz wrote song Flowers for Zoe for his beloved daughter.  Moreover, the musician revealed that he stayed clean and sober because Zoe moved to his house when she was 11 and he had to change his life. Now, he is thankful to his only child for that.