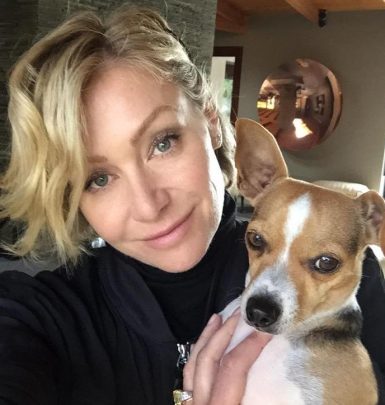 Undoubtedly, Ellen DeGeneres has many talents, but her witty sense of humor and a talent of making really cool shows have helped her to become the person she is now. She has earned 32 Emmys, 23 People’s Choice Awards plus dozens of other accolades.

Ellen started with stand-up comedy in the 1980s. In 1989, she first appeared on TV in the Duet series and in 1994, she gained prominence thanks to starring in the Ellen series. She subsequently launched The Ellen Show and proceeded with The Ellen DeGeneres Show. In 2017, the celebrity initiated another project, Ellen’s Game of Games.

Guest starring in a number of television series, Ellen DeGeneres made some big screen appearances. Among her movie credits are Coneheads, Mr. Wrong, EDtv plus The Love Letter. Besides, the artist lent her voice for Dory in Finding Nemo.

Her success on television led Ellen to hosting various awards ceremonies, including Oscars and Grammy. In 1995, DeGeneres presented her first book titled My Point…And I Do Have One and proceeded with writing three more books. Additionally, she runs record company Eleveneleven, A Very Good Production company along with clothes and accessories brand ED Ellen DeGeneres.

Ellen is a vegan and animals’ rights fighter. Her fund supports conservation efforts for the wild mountain gorillas while the star donates money to many other charities as well.

In 1997, DeGeneres announced her homosexuality. In 1997-2000, she was romantically linked to performer Anne Heche and in 2000-2004, she dated photographer Alexandra Hedison. On August 16, 2008, the celebrity tied the knot with Ally McBeal star Portia de Rossi.