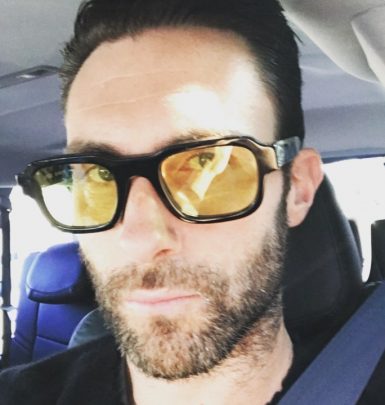 Behati Prinsloo Levine rose to fame thanks to her modeling job along with being a spouse of Maroon 5’s frontman Adam Levine.

Being a child of church minister Boet Prinsloo and hotel owner Magda, Behati drew her first breath in South Africa and spent her formative years in Namibia. Her career started after she was noticed by a model agent in Cape Town.

In 2005, Prinsloo moved to New York City. Since then, she has worked with dozens of brands, comprising Prada, Marc Jacobs, Louis Vuitton, Calvin Klein and Michael Kors. In 2009, she became one of Victoria’s Secret Angels and took part in their 2007-2015 plus 2018 shows. In 2012, the model was a face of Seafolly swimwear brand.

In 2012, Behati got romantically involved with Adam Levine after being recommended to star in his music video. Though Prinsloo refused to do that video, they emailed each other for about a month before meeting in person. The chemistry arose between them immediately. In 2013, Adam popped the question and espoused his sweetheart on July 19, 2014, in Mexico. In 2016, they became parents of daughter Dusty Rose. In 2018, the family was expanded by another baby girl named Gio Grace.

Behati and Adam made cute matching tattoos. Behati inked three dots on her ring finger and that signifies being one with the earth. In his turn, Adam opted for words True Love on his knuckles featuring a dot on top of each letter.

A curious fact: Prinsloo starred in some of her husband’s music clips, comprising Animals, Cold and Girls Like You.