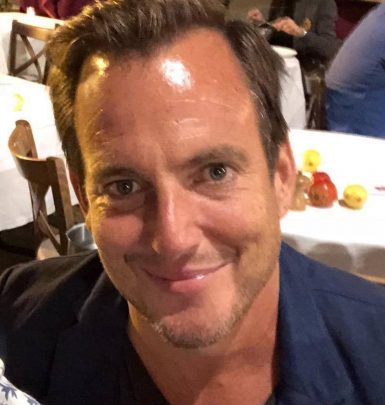 Eloisa May Huggins
Daughter
with James

Penelope Ann Miller’s road to success started in 1985 when she obtained a role in Broadway play Biloxi Blues. She later played in Our Town and Big Top Pee-wee.

In 1987, Penelope debuted on the big screen in Hotshot movie and was called the most promising actress after appearing in 1990 film The Freshman. But she is most famed for her parts in Adventures in Babysitting, Kindergarten Cop, The Gun in Betty Lou’s Handbag, Chaplin, Carlito’s Way, The Relic, Funny Money and Little City.

Penelope Ann Miller began her TV career with a small part in Tales from the Darkside. She also played in such series as The Closer, A Minute with Stan Hooper, Vanished, Men of a Certain Age, Mistresses plus American Crime.

In 1994, Penelope got hitched to Will Arnett, but their marriage didn’t last long and was dissolved in 1995. On May 28, 2000, she tied knots with James Huggins. Later that year, the spouses welcomed their firstborn, daughter Eloisa. In 2009, their second daughter named Maria drew her first breath.

In March 2012, Penelope filed for divorce but later reconciled with her husband. However, they broke up again and started the battle for child custody in 2017. Miller demanded sole custody with all Huggins’s visits being supervised. In 2019, the woman revealed that James suffers from alcohol addiction and his drunk behavior causes harm to their kids.

A curious fact: Penelope had a chance to work with all three Godfathers. She did Carlito’s Way with Al Pacino, The Freshman in collaboration with Marlon Brando plus worked with Robert De Niro in Awakenings. She reveals that they are the actors she adores and she feels really blessed to work with them.