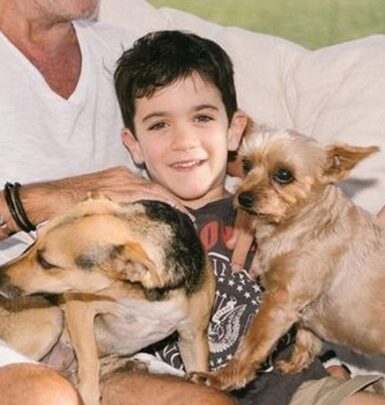 Simon Cowell is a respected personality in the show business. He got engaged into the music production in the 1980s and achieved the first success in 1986 thanks to So Macho single by Sinitta. Today, he can boast of collaboration with Little Mix, Leona Lewis, Fifth Harmony, Westlife, CNCO and many other artists.

Cowell gained fame in 2001 by judging Pop Idol show. In 2005, he launched Syco, a company that included three divisions focusing on film, music and television. He is now famous for working on such projects as The X Factor UK and US, Britain’s Got Talent, America’s Got Talent plus American Idol.

Simon was romantically linked to Terri Seymour in 2002-2008 and Mezhgan Hussainy in 2009-2011. In 2013, he began dating Lauren Silverman though she was still an official wife of his friend Andrew Silverman at that time. In 2014, they welcomed son Eric.

A curious fact: Simon tried his hand at voice acting. He voiced himself in The Simpsons and Family Guy TV series plus Scoob! animated film.