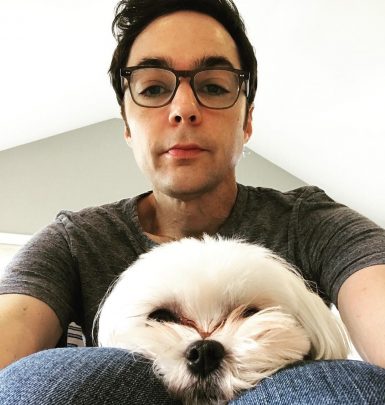 Todd Spiewak is an art director and film producer. He was raised alongside brothers Joshua and Brian by mother Elly Rosen and father Lew, who reside in Philadelphia.

Having got a degree in graphic design at Boston University, Todd worked in the advertising industry and collaborated with such companies as American Express, Barnes & Noble and The New York Times.

Todd Spiewak got acquainted with Parsons on a blind date in 2002. During their first date at a karaoke bar, Todd sang Cher’s single I Found Someone and won the actor’s heart. Parsons came out as gay publicly only in 2012 and in 2013, the couple made their first public appearance at GLSEN Respect Awards. On May 13, 2017, Jim and Todd tied knots in New York.

Despite his husband’s popularity, Todd prefers a low key living and doesn’t share the details of their personal life. He isn’t even active on social media. However, in one of his interviews, Jim Parsons revealed that it was Spiewak who inspired him to come out to his family. Moreover, he called Todd his favorite person on earth in his 2013 Emmy acceptance speech.

A curious fact: Todd and Jim have two cute dogs, a Maltese named Otis and a Shih Tzu named Rufus.