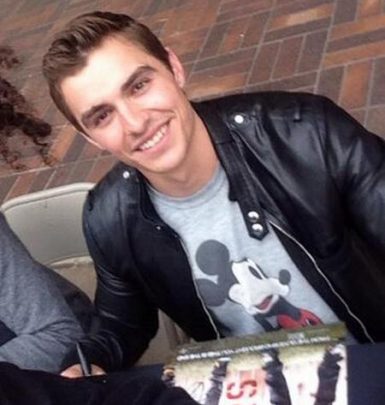 Alison Brie is famed for her acting work. She drew her first breath in Hollywood in the family of music artist Charles Schermerhorn and teacher Joanne Brenner. She has older sister Lauren.

Brie made a television debut in 2006 in an episode of Hannah Montana. She gained popularity thanks to starring in the Mad Men series and proceeded with having parts in Community and GLOW. By the way, the latter brought her nominations for Golden Globe and SAG Awards. Additionally, the performer provided her voice for BoJack Horseman and appeared in My Alibi web series.

In 2007, Alison Brie first appeared on the big screen in the film Born. Today, her most successful roles include the ones in Save the Date, The Five-Year Engagement, Sleeping with Other People, No Stranger Than Love, How to Be Single, The Disaster Artist, Horse Girl and The Rental.

What is more, Brie works behind the camera. She wrote a screenplay for Horse Girl, directed an episode of GLOW and produced some projects, including Teachers TV series.

Alison and Dave Franco got acquainted in 2011 at a New Orleans airport during Mardi Gras. They had a mutual friend, Jules, who played the role of a matchmaker and invited them for dinner. Being unable to resist the chemistry between them, they spent two days together filled with drugs and sex.

The relationship of two celebrities gradually developed and in 2015, Franco popped the question. The lovebirds tied knots at a low-key ceremony and announced their official status on March 13, 2017. Alison shares that she doesn’t want to have kids as her career is her main priority. Moreover, the spouses have two cats, Harry and Arturo, and consider them to be their children.

A curious fact: Alison often collaborates with her husband in feature films. Moreover, the spouses appeared together in a Dream Girl video for Funny Or Die website.