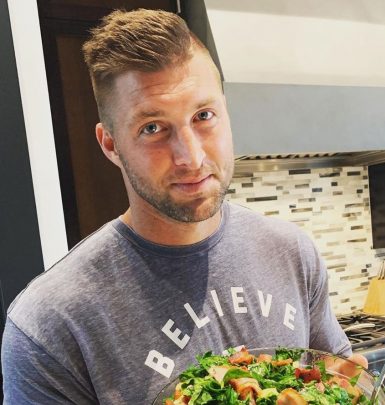 Demi-Leigh Tebow (nee Nel-Peters) is famed for being Miss Universe 2017 and a spouse of football star Tim Tebow.

Demi hails from South Africa. Her dad is Bennie Peters while her mom’s name is Anne-Marie Steenkamp. After her parents’ marriage was dissolved, they both remarried. Nel-Peters had a younger half-sister Franje from her father’s marriage to Elzabe Peters. The girl suffered from cerebellar agenesis and died in 2019 being only 13.

Demi-Leigh Nel-Peters developed her leadership skills since school days by serving the student council’s president plus Junior Deputy Mayor of her hometown. While getting a business degree at North-West University, Demi-Leigh tried her hand at modeling. 2017 was the most memorable year for the young girl as she earned the Miss South Africa title just several days after her graduation and proceeded with becoming Miss Universe.

Additionally, Nel-Peters launched the Unbreakable campaign aspiring to teach women the basics of self-defense. She decided to do that after being attacked by hijackers in Johannesburg. Fortunately, she escaped after punching one of the attackers in the throat.

Demi and Tim got acquainted at the Night to Shine event organized by the latter’s charity. Their relationship developed pretty fast and Tebow popped the question on January 9, 2019.  On January 20, 2020, the sweethearts got hitched in South Africa and spent the honeymoon in the Maldives. Though the spouses don’t have any kids yet, they take care of three dogs.

A curious fact: Demi is fluent in English and Afrikaans.