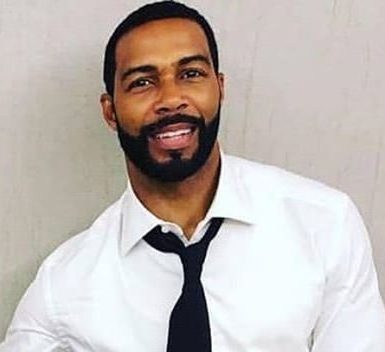 Jennifer Pfautch, famed as Jae Hardwick, is a blogger and publicist who was born on January 4, 1980. She rose to fame as a spouse of Omari Hardwick. Her mother is Nora Pfautch and her father is Richard A Pfautch. He passed away in 2019 and Jennifer wrote a tribute to him on her Instagram thanking her dad for her strengths and promising to overcome the weaknesses she had.

Having graduated from California Lutheran University with a degree in communications, Jennifer Pfautch was an intern at NBC’s Primetime Entertainment and proceeded with working for Creative Artists Agency and Paradigm Talent Agency.

Today, the woman is more concentrated on her blog and Instagram, where she shares lifestyle tips for women and recipes. Moreover, she likes to motivate people and states that her mission is to remind other humans how powerful they are.

Jae and Omari faced many difficulties on their way to happiness. When they got romantically involved, the girl’s parents didn’t approve her interracial relationship, but that didn’t stop the lovebirds. Later, on November 19, 2008, the couple’s first child was delivered stillborn when Jae was 7.5 months pregnant.

The tragedy had a huge impact on both Jae and Omari, but they managed to overcome it and tied knots on May 4, 2012. Later that year, the spouses welcomed their daughter Nova. And in 2015, their son Brave drew his first breath.

By the way, Pfautch has always supported her sweetheart and motivated him. For instance, it was she who encouraged Hardwick to star in the Power television series.

A curious fact: when Jae was in elementary school, she didn’t like that her birthday was on January 4 because of the cold weather. Her mother agreed to move it and celebrate on April 4.