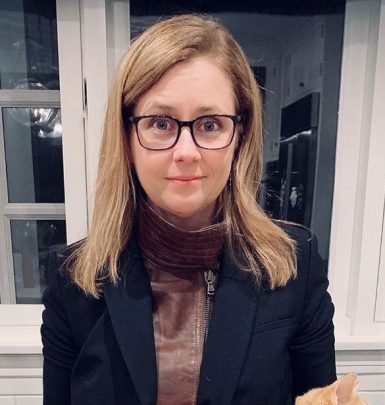 James Gunn started making his own 8mm films being only 12 years old. His professional career started with writing scripts for Tromeo and Juliet plus The Specials films. He was later a screenwriter for Scooby-Doo and Dawn of the Dead.

Gunn made a directorial debut with 2006 movie Slither. He also had some minor acting parts, including his appearance in LolliLove alongside his then-spouse Jenna Fischer.  In the 2010s, James was engaged into several successful projects. Thus, he wrote and directed Super plus both parts of Guardians of the Galaxy. Moreover, he served as an executive producer of Avengers’ Infinity War and Endgame.

Moreover, James Gunn deals with music. He created his band The Icons in 1989. However, it released only one album and later disbanded. But that didn’t prevent James from writing music for some of his films, including Scooby-Doo and Movie 43.

James was introduced to actress Jenna Fischer in the late 1990s by his brother Sean, who was her childhood friend. They tied knots on October 7, 2000. However, their ways parted in 2007 with their divorce been finalized in 2008. The former spouses managed to remain good friends and never told nasty things about each other. By the way, Jenna played in Gunn’s movie Slither.

In 2015, Gunn started dating Jennifer Holland. He shared that meeting her was like seeing a color he had never seen before.

A curious fact: James calls himself an optimist in a pessimist brain. He reveals that he believes in the innate goodness of people but still has his own demons.