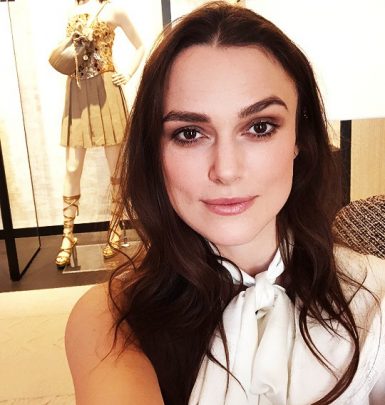 James Righton is a music artist who deals with singing and playing the keyboards. Being encouraged by his musician father, he got involved into music in childhood and decided to become a professional while being a high school student.

In 2005, Righton and his friends founded Klaxons band. In 2007, they presented a debut album titled Myths of the Near Future. It was followed by two more albums before Klaxons disbanded in 2014.

In 2016, James Righton started to perform under the stage name Shock Machine and presented the eponymous album in 2017. Moreover, he often collaborates with other artists. For instance, James worked on The Chemical Brother’s song All Rights Reserved. Additionally, he contributed his songs to some movies and wrote music for Benjamin film in 2018.

James got acquainted with Keira Knightley in 2011 thanks to their mutual friend. He popped the question in 2012 and espoused his sweetheart on May 4, 2013, in Mazan, a small city in the south of France. The wedding was pretty informal and the bride wore a short tulle dress and a jacket.

Initially, Knightley didn’t want to tie knots officially but couldn’t resist saying yes when Righton presented her a special engagement ring. It belonged to his grandmother and was a family relic. Moreover, after their nuptials, the musician bought an olive tree for his spouse featuring the date of their wedding on its bark. In 2015, the couple welcomed their firstborn, daughter Edie. And in 2019, their family expanded by one more baby girl named Delilah.

A curious fact: in one of her interviews, Keira revealed that she accepted Righton’s proposal because it seemed to be a fun thing to do.