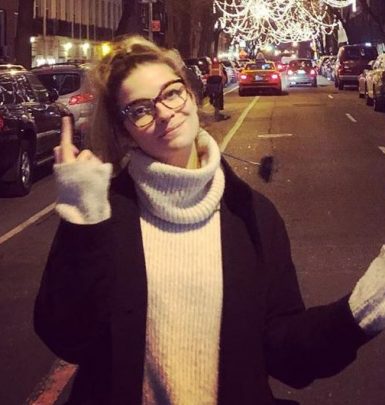 Menno Versteeg is most famed for his music talents as well as for being a spouse of Schitt’s Creek star Annie Murphy. Hailing from Ottawa, Canada, he was raised by mother Jean and father Hajo, a retired environmental law and policy consultant who is now pretty active on Twitter and Facebook along with being a severe critic of Donald Trump.

Versteeg gained fame thanks to being the frontman of Hollerado indie rock band. However, the group disbanded after the release of their fourth album titled Retaliation Vacation. In 2019, Menno joined Anyway Gang. Moreover, he is a solo artist who presented his debut album Reno Tapes in 2020 under moniker Mav Karlo.

What is more, Menno Versteeg has his own record label called Royal Mountain Records. His songs sounded in Schitt’s Creek and Kim’s Convenience television series plus The Trotsky film. Additionally, he tried his hand at acting in The Plateaus, the series he also executive produced.

Menno and Annie Murphy tied knots on August 20, 2011. In 2013, a fire occurred at their apartment while they were away. As a result, the spouses lost most of their belongings.

A curious fact: in 2018, Menno created a mental health initiative for the artists of his label. He wants every band to have access to $1,500 for mental wellness. In the past, Versteeg suffered from mental issues while touring with his band and didn’t have enough money to turn to a therapist. He got such an opportunity only after his wife landed a part in Schitt’s Creek.