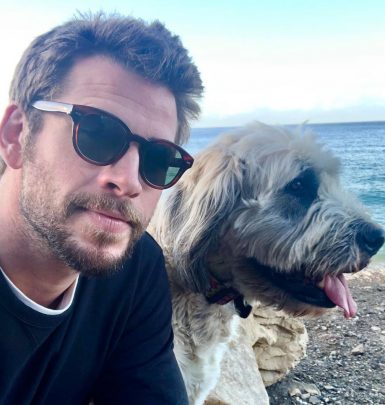 Miley Cyrus reached worldwide fame thanks to her music and acting skills. Having drawn her first breath in the family of entertainers Tish and Billy Ray Cyrus, the girl’s professional choice seemed to be evident since early childhood.

In 2001, Miley started her acting career with appearing in Doc TV series and made a breakthrough in 2006 after starring in Hannah Montana. In 2003, she made a big screen debut in Big Fish and proceeded with parts in The Last Song, LOL and So Undercover.

However, Cyrus reached more success as a music artist. In 2007, she presented her debut album Meet Miley Cyrus, which became three-time platinum. It was followed by 5 more albums and dozens of popular hits, comprising We Can’t Stop and Wrecking Wall.

Additionally, Miley Cyrus is a philanthropist and activist. She runs Happy Hippie Foundation, aspiring to help homeless young people and representatives of LGBTQ.

Miley is pansexual and it means that she gets attracted to people regardless of their gender. She got acquainted with Liam Hemsworth in 2009 while filming The Last Song and romantic feelings arose between them immediately. In June 2012, Liam popped the question, but the couple called it quits in 2013. They reconciled in 2016 and tied knots on December 23, 2018, at a low key ceremony in the presence of their closest people. In August 2019, Liam and Miley split while the official dissolution of their marriage happened in January 2020.

Though Miley and Liam were together for 10 years, the actor’s mother didn’t approve his choice. At the same time, Miley was friends with Chris Hemsworth’s spouse Elsa Pataky and the two even made matching waves tattoos. However, after Cyrus’s relationship with Liam was over, Elsa told her that her brother-in-law deserved much better.

While taking breaks from her relationship with Hemsworth, Cyrus was romantically linked to many other famed people, including Patrick Schwarzenegger, Stella Maxwell and Dane Cook. And in 2019, she started dating music star Cody Simpson.

A curious fact: Cyrus is a goddaughter of country music legend Dolly Parton.