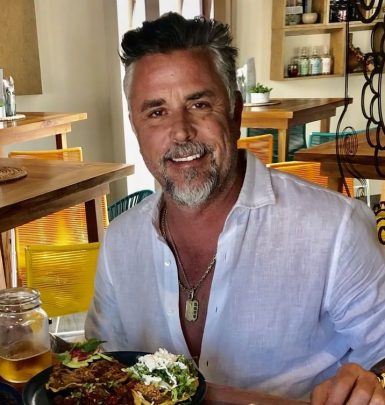 Suzanne Rawlings (nee Mergele) is an entrepreneur who gained popularity thanks to being a spouse of Fast N’ Loud star Richard Rawlings. Hailing from Texas, she currently resides in Crystal Lake, Illinois.

Suzanne’s mother is Betty Koehl-Mergele, a retired registered nurse who now lives in McKinney. Her dad Jack Edward Mergele, who passed away in 2011, was a Lt. Commander and Pilot in the US Navy before working for family business. Jack’s family was one of the founding fathers of New Braunfels. Besides, Rawlings has brothers Paul and Mark.

Having graduated from Northern Illinois University with a degree in computer science, Suzanne Rawlings was a contractor for the Department of Defense and proceeded with working for a consulting company in Schaumburg. In 2004, she established Home Health Agency in Dallas and in 2008, the woman opened her own computer consulting firm.

In the 1990s, Suzanne was married to Carlos Venegas, a father of her son Sinjin. On August 7, 1999, she tied knots with Richard Rawlings in Las Vegas. In 2009, their marriage was dissolved. However, in January 2015, the couple had another wedding in Cabo, Mexico. In 2019, Rawlings announced that they called it quits via Twitter. The woman obtained a $300, 000 divorce settlement as well as the 2019 Mercedes SL 450 roadster.

A curious fact: Suzanne’s son Sinjin Venegas is pursuing a career in the film industry. He wrote a screenplay to Flip Turn movie and tried his hand at acting in Barney & Friends series plus Grand Prix: The Winning Tale and Boyhood films.