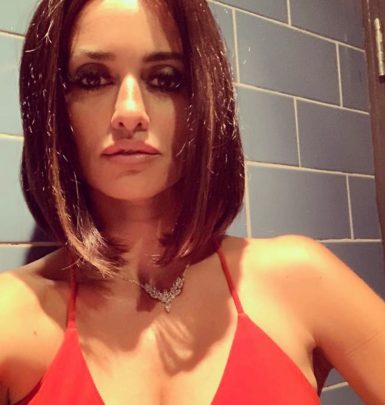 Javier Bardem made a big screen debut in 1990 movie Las Edades de Lulu but gained wider recognition in 1992 after starring in Jamon, Jamon.

Today, Bardem is most famed for his parts in Before Night Falls, The Sea Inside, No Country for Old Men, Vicky Cristina Barcelona, Biutiful, Eat Pray Love, Skyfall, The Gunman plus Pirates of the Caribbean: Dead Men Tell No Tales movies.

Javier Bardem is the winner of various prestigious accolades comprising Oscar, BAFTA, Golden Globe and SAG Awards. By the way, he was the first Spanish performer nominated for Oscar while his significant other Penelope Cruz became the second one. Now, the spouses use their Oscars as lamps on a night table.

Bardem got acquainted with Penelope Cruz while filming Jamon, Jamon in 1992. However, the chemistry emerged between them only in 2007, when they worked at Vicky Cristina Barcelona. Javier later told that he liked Penelope long before but was scared by her too passionate character. The couple hide their feelings from the public till 2010, when they made a red carpet debut at Goya Awards. The lovebirds tied knots in July 2010 at a secret wedding in the Bahamas. Javier and Penelope welcomed their son Leo in 2011. And in 2013, their family expanded by daughter Luna.

Though the celebrities don’t share the details of their marriage, they often appear on the screen together. For instance, they played in The Counselor, Loving Pablo and Everybody Knows films. Moreover, Bardem reveals that he loves working with his spouse.

A curious fact: in youth, Bardem aspired to become a painter and even took acting jobs to pay for painting classes. However, he quitted painting as soon as he understood that he wasn’t talented enough for that.