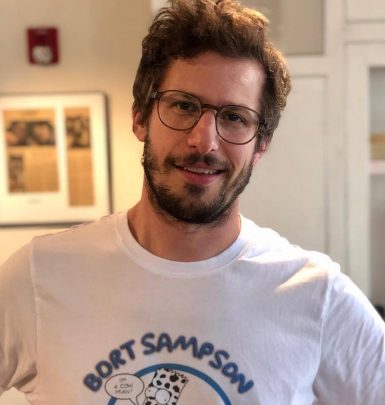 Joanna Newsom is a multi-talented music artist. Along with her professional accomplishments, she is famed for being a spouse of Andy Samberg from Brooklyn Nine-Nine.

Hailing from Grass Valley, California, Joanna was raised by Christine and William Newsom, doctors and amateur musicians, alongside brother Peter and sister Emily. She learned to play harp at an early age and proceeded with playing keyboard for indie band The Pleased. Along with playing various instruments, Newsom also composes music and sings.

In 2002, Joanna released 2 EPs and in 2004, she presented her debut album The Milk-Eyed Mender. However, she gained prominence after recording Ys in 2006 that was followed by two more albums. Besides, the artist has made contributions to albums of other musicians.

What is more, Joanna Newsom tried her hand at acting and appeared in Portlandia series plus Inherent Vice and Popstar: Never Stop Never Stopping films. Additionally, she provided soundtracks to Paper Towns and The Strangers.

Joanna and Andy got acquainted at her concert in 2008 though the actor had a crush on her long before. Samberg popped the question in February 2013 and on September 21, the lovebirds tied knots. While Seth Meyers was a groomsman, the wedding guest list included Justin Timberlake, Adam Sandler and Amy Poehler. In 2017, Joanna gave birth to a baby girl, but her name wasn’t revealed.

By the way, though both spouses have a passion for music, they don’t plan to collaborate as Andy thinks that Joanna is too talented for that. However, the woman supports her husband in everything he does no matter how silly his songs are.

A curious fact: Joanna’s parents didn’t allow her and her siblings watching TV and listening to the radio in childhood trying to protect them from bad influences.